When you’re reading this, you most likely have already a vSphere environment up and running. Moving some workloads to a vCloud Director powered public cloud – and thus building your own hybrid cloud – is very easy to do.

The best of all is that the software you need will not cost you anything. The only cost involved will of course be the price you have to pay to the public cloud provider to run your workloads over there.

Go to http://vcloud.vmware.com/ for your free download of VMware vCloud Connector 1.5. 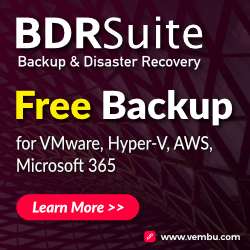