The VMware vSphere Licensing Advisor allows users with vSphere 4.1, vSphere 4.0 and Virtual Infrastructure 3.5 environments to calculate and understand their vRAM usage and vRAM capacity as if they upgraded to vSphere 5.0.

Starting with vSphere 5.0, the vSphere licensing model will evolve from per processor with physical restrictions to per processor with pooled vRAM entitlements.  In order to help customers with existing vSphere and Virtual Infrastructure 3.5 deployments understand the impact of vSphere 5.0 licensing, VMware has released the VMware vSphere Licensing Advisor.  The tool connects to one or more vCenter Servers and determines the point in time vRAM usage and capacity for each vSphere edition encountered.  Using the standard entitlement paths, the tool automatically maps the encountered editions to their vSphere 5 equivalent.

The tool is available as an installable executable for Windows under the download section for vSphere 4 drivers and tools. 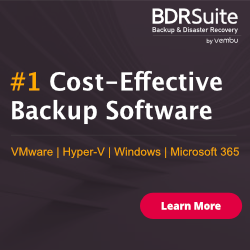